Why Did Vine Shut Down? What Happened To Vine?

Vine was shut down due to a lack of support for content creators, an inability to generate revenue and advertising choices, significant staff turnover, and problems within the parent company, Twitter.

Vine, founded in 2012, has rapidly grown into one of the world’s most popular video platforms. Vine had received over 100 million visitors every month at its peak. Twitter shut down Vine in October 2016.

Vine was a social media video platform that allowed users to make and share 6-second films Similar to TikTok.

Vine videos were six seconds in length. Nonetheless, the platform later increased the length of its default movie to 130 seconds.

Vine videos can be shot and modified from within the app or published and consumed directly.

The platform operated in the same manner as any other social media network. Users can interact with other authors by following them, liking their content, and experimenting with hashtags.

You could download Vine as a mobile app for Android or iOS devices or access it online.

Why Did Vine Shut Down?

Vine was shut down due to a lack of support for content creators, an inability to generate revenue and advertising choices, significant staff turnover, and problems within the parent company, Twitter.

Many analysts claim that Twitter’s acquisition of Vine hindered the company’s development, but it’s also worth mentioning that Twitter emphasized remaining true to itself and not adapting to user desires.

Vine was also hurt by not keeping up with ever-growing market demands since it could not compete with apps offering short-form video alternatives.

Vine failed to make it easier for influencers to monetize audiences and developed tools that allowed brands to advertise on the network.

Facebook offers companies the ability to target certain demographics, such as age, gender, geography, and even personal preferences.

Vine, meanwhile, did not offer much advertising. In the end, it featured pre-roll advertising, a form of video advertising that was displayed before the tape began, but the advertisers had already left.

Companies were forced to rely on organic growth since advertising options were limited.

Larger companies often find this to be a much more difficult job. Individuals indeed prefer following other people over a lifeless organization.

If Vine had figured out advertising sooner, it might have produced enough revenue to support its producers, who might have stayed on the platform.

Vine’s primary reason for failure was a lack of support for its critical stakeholders, specifically the platform’s influencers.

Some Vine users had earned millions of followers, and their videos had been viewed tens of millions of times.

Despite its significant reach, Vine’s designers failed to provide a viable revenue model to its audience.

The platform’s short-form videos were also not well-suited for long-term product promotion.

The majority of influencers were forced to create sponsored films for third-party firms as a result.

After nearly three years of frequent video production and frustration with Vine’s lack of support, they have decided to go to more lucrative platforms- specifically YouTube and Instagram.

YouTube, for instance, distributes 55% of its advertising revenues to video creators while keeping the remaining 45%.

Vine allegedly met with some of its biggest influencers near the end of its life, asking them to make 12 unique videos per month for $1.2 million in exchange for preserving the site.

Executives from Vine declined the offer and wished them success in their future endeavors.

Vine was also trapped in its 6-second video format for an extended time, as well as lacking financial backing.

Many creators requested that the default duration of videos be changed to allow for experiments with different types of videos.

Vine’s default video duration was eventually increased from 6 to 140 seconds in June 2016. Nonetheless, it was too late by then.

Vine’s video features were promptly incorporated into Instagram upon its launch. Snapchat had gone public just a few months before Vine made its debut.

Snapchat and Instagram both began adding video-related items to their platforms over time.

Instagram’s platform was also integrated into the broader Facebook ecosystem, allowing advertisers and influencers to advertise across multiple platforms.

Vine was also forced to cease operations due to persistent troubles at Twitter, which bought it in October 2012.

Twitter had previously struggled to live up to investor expectations. Consistently falling short of profits forecasts resulted in the firm’s lowest-ever stock price.

Dick Costolo, the company’s CEO, quit in July 2015, and Jack Dorsey has eventually appointed his replacement.

Twitter was forced to lay off a sizable portion of its workers under Dorsey’s leadership, including Vine co-founder Yusupov, while also considering a sale.

Twitter is also probably responsible for shutting down Vine due to its inability to contribute the necessary resources to support it.

The reason is that entrepreneurs have abnormal levels of knowledge and passion about both consumers and their industries.

In addition, their ownership stakes provide an additional layer of motivation that allows the organization to continue to grow.

Vine’s two founding members, Kroll and Hofmann, left the company within a year of its establishment.

Yusupov, who has never served as president of Twitter, was even terminated as part of the company’s broader restructuring.

Vine also saw an increase in turnover in other key positions and its founders.

The company may have already been sold and, as a result, early employees could not retain their equity.

What Happened To Vine?

Vine was founded by Dom Hofmann, Rus Yusupov, and Colin Kroll in New York City in 2012. The three founders of Vine met while working at Jetsetter, an online travel company based in New York.

College dropout Kroll joined the business as CTO in 2009 after working as an engineering manager for Yahoo for two years.

Kroll was seen and heard to speak bluntly to people, making him a tough guy. Particularly one employee became resentful of his management style.

The software developer Dom Hofmann worked for Kroll but then resigned to work on the program that would become Vine.

He convinced Yusupov, a self-trained digital product designer, to join him. Yusupov ultimately convinced Hofmann to add Kroll as the app’s third co-founder, based on his knowledge of Kroll’s brilliance.

Kroll and Hofmann reconciled later in life and became good friends. When Kroll joined the team, the team began coding and designing immediately.

Vine was originally intended to serve as an application to edit videos, similar to Instagram.

The team decided to include a social component into the application due to user testing with friends and family.

It was not just friends and family who enjoyed what they saw. Twitter contacted the team in the summer of 2012.

They sold their Vine app for $30 million in October, with most compensation provided in the form of shares. They sold the app before it launched.

Why would Twitter invest $30 million in an app still in its infancy?

Many third-party services, including TwitVid, Posterous, and Mobypicture, contributed to Twitter’s video capabilities.

Twitter’s objective was to supplant them and enable its video-enabled tweets eventually.

The deal included the acquisition of Kroll, Hofmann, and Yusupov. Following the app’s development, it was finally released for iOS devices on January 23rd, 2013.

Vine had its share of problems on opening day despite its positive reception. The servers were down, so users had to use alternate accounts due to server-related issues. Users were also not able to share videos on social media platforms.

Facebook had begun restricting Vine’s use of its platform, adding to the problems.

Facebook was reported to be developing comparable video editing features for its platform and Instagram shortly afterward.

Having launched less than a week ago, Vine has already been hampered by its second issue. The platform has been flooded with obscene posts.

Vine emerged as the preferred app for teenagers despite these setbacks. Apple’s ‘Free App’ listings have climbed to the top by April 2013, barely three months after its launch.

How Does StockX Make Money?

In June, the team ultimately published an Android app, significantly growing its 13 million-strong user base. Vines surpassed Instagram in the Google Play Store one week after its launch for Android.

The team continues to add features requested by its users, such as channels, a redesigned camera, and enhanced video editing tools. By the end of summer 2013, Vine had over 40 million users.

Instagram had an extremely successful first year, culminating in launching a standalone website and a Windows phone application, among other updates.

The start of 2014 was not the same as the end of 2013. The company’s co-founder, Dom Hofmann, announced that he would step down as general manager.

Kroll served in that role for the entire time before resigning in April. Hofmann and Kroll both became advisors to focus on launching their respective products.

Vine ascended despite the alarming shift in leadership. With a user base of over 100 million active monthly users, it has become one of the largest social networks in the world.

Vine’s early success did not deter Twitter (then led by CEO Dick Costolo) from declaring that the site would not be monetized for the foreseeable future.

The platform failed to provide creators with a solid revenue stream.

Vine attempted to compensate for the lack of monetization opportunities by adding influencer-related features such as increased exposure on the feed or a tag called “Suggested Viners.”

One of the affected employees was Rus Yusupov, the last member of the original team.

HQ Trivia resulted from Kroll and Yusupov’s first venture after being laid off, and their next project began shortly after that. Kroll tragically died three years later of a heroin overdose (in December 2018).

As an alternative, Hofmann was believed to be developing a Vine competitor. The app was eventually launched in January 2020 as Byte.

Vine continued to struggle. Many major advertisers such as Coca-Cola and Nike had already shifted their attention to Snapchat and Instagram by the end of 2015.

Jason Toff, who succeeded Kroll as general manager of Vine, left the company also in January 2016.

How Does Houzz Make Money?

Vine’s influencers ceased posting within another half-year, as well as the platform’s core. The organization lost key individuals during the summer, along with its influencers.

There have been reports that Twitter staff members were given access to Vine user data, complicating the situation.

The source code of Vine has also been accidentally exposed on the web, revealing more sensitive information.

Twitter discontinued vine in October 2016. Vine was officially shut down on January 18th, 2017.

Who Was The Owner of Vine?

Vine was and technically continues to be a wholly-owned subsidiary of Twitter. The San Francisco-based social media company Twitter acquired vine in October 2012 for $30 million.

The founders were rewarded primarily in Twitter shares as part of the acquisition. They almost certainly cashed those in at Twitter’s initial public offering in November 2013. 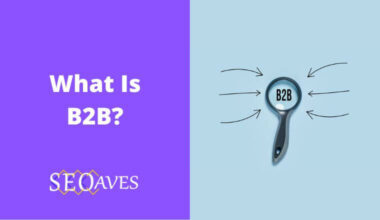 Read More
The use of e-commerce greatly enhances your company’s global expansion potential. It is anticipated that online retail sales…

Read More
Wish is the second-largest mobile shopping application in the world. ContextLogic of San Francisco owns it. It began…

Read More
NerdWallet is an online personal finance platform that offers tools and advice on many topics. This startup gained…