OpenTable is an online restaurant reservation system invented by Chuck Templeton. A pioneer of automated, real-time reservation systems, it was established in the late 1990s. The company was acquired by Booking Holdings for $2.6 billion in 2014.

OpenTable business model is based on membership plans, referral fees, and in-restaurant dining at its first location in Miami, Florida.

OpenTable operates on a commission-based approach, with restaurants paying a charge for reservations made through the firm. You can also subscribe to certain products.

OpenTable is a reservation software that allows users to reserve tables and pay for meals.

The network assists diners in finding and booking the ideal table and assists restaurants in offering personalized hospitality that keeps guests coming back.

The company was founded in 1998 and has grown into the de facto market leader for restaurant booking in the United States. Booking Holding bought it for $2.6 billion after going public in 2009.

Customers can explore restaurants’ open tables on the company’s website and mobile applications, choose from verified reviews, menus, and other useful information, as well as make reservations.

How Does OpenTable Work?

OpenTable is an online restaurant reservation and booking service. OpenTable has revolutionized the way restaurants operate their reservations systems.

OpenTable ensures that your restaurant has detailed information about customers waiting to be seated to provide a seamless experience via our online website or mobile app for all of its customers.

You can make, amend, or cancel reservations at any time. Guests can browse the restaurant’s menu, get directions, and even invite their friends.

Users who create a profile will receive personalized recommendations. OpenTable is also able to cater to dietary restrictions, such as allergies.

VIP membership is also available to the firm’s most regular clients who make bookings more than 12 times a year.

A 10% discount is available to Booking.com Genius program members on select hotels and accommodations.

The OpenTable loyalty program enables customers to redeem points (earned from restaurant visits) for a wide variety of discounts and rewards.

Individuals can reserve reservations at the company’s more than 60,000 restaurants by visiting the website or downloading one of the company’s mobile applications (available for Android and iOS).

How Does OpenTable Make Money?

The majority of OpenTable’s revenue comes from the direct sale of reservation tools to restaurants, not from commissions on reservations.

The main purpose of the electronic reservation book is to allow online bookings through a computer interface.

It is also designed to assist the front desk in seating and assigning seats and keeping track of a restaurant’s most frequent customers.

We will look closer at each of these in the following section.

OpenTable earns the majority of its revenue through subscription fees paid by restaurants.

There are three different subscription plans offered by the company: Basic, Core, and Pro. A monthly fee of $29, $249, or $449 is associated with these plans.

OpenTable declared in 2020 that it would suspend subscription payments in reaction to the coronavirus outbreak. They were revived in early 2021.

Restaurants are charged both a subscription fee and a fee for each reservation made through OpenTable.

The cost is determined by the coverage of each network. The Basic plan is $1.5 per booking, whereas the other plans are $1.

Furthermore, the corporation charges a service fee of 2% on all plans. The Basic plan also includes a $0.25 reservation fee.

OpenTable said in 2019 that it would begin offering food delivery to its existing users. The company used third-party services like GrubHub and Uber Eats to help manage this process.

The companies that refer OpenTable clients to them certainly pay OpenTable for doing so.

The restaurant’s official mission is to serve as an innovation lab where the corporation can try new ideas.

This would subsequently be implemented across OpenTable’s 60,000 restaurant partners.

The company may choose to expand its in-dining experience to additional locations if the concept proves successful.

It is highly improbable (as of today) that OpenTable would expand into that business, as it views itself as a software company rather than a restaurant company.

What is the Funding and Valuation of OpenTable?

Crunchbase reports that OpenTable raised $48 million in venture capital funding in three rounds between 2012 and 2014.

A total of $60 million was raised by OpenTable after it went public in May 2009. The company had a value of $626 million at the time.

When Booking Holdings (formerly Priceline) acquired OpenTable for $2.6 billion in June 2014, the valuation of OpenTable increased to $2.6 billion.

OpenTable’s value was written down by $941 million by Booking in November 2016.

What is the Revenue of OpenTable?

OpenTable doesn’t disclose its revenue on Booking. The company’s performance numbers are found within its income statements.

The idea for OpenTable came about when Templeton, who served as the company’s first CEO, witnessed his wife spending more than three hours attempting to secure a restaurant table.

Templeton had spent his youth working in a variety of restaurants. Despite the dot-com boom, restaurants resisted change.

The majority of them continued to rely on humans to handle calls and record reservations using notebooks.

Two months after his wedding, Templeton abandoned his employment because the technology could eliminate these inefficiencies.

He then collaborated with Deshpande and Moe to build OpenTable’s technology stack with his business experience.

Additionally, he was able to acquire $750,000 in startup capital from friends and family.

The father-in-law of one of the company’s founders was co-founder of Lettuce Entertain You Enterprises, a Chicago-based restaurant holding company.

This led to the firm starting operations in both Chicago and San Francisco, where Templeton lived.

OpenTable began as a software as a service (SaaS) company, providing reservation software to restaurants of various types.

Most restaurants (or even host booths without electricity) lack a functional internet connection, so OpenTable began providing installation services to those with this problem.

These installations were a loss-making venture for the fledgling business, frequently costing around $5,000 and generating only $500 in installation fees.

The corporation was forced to spend $1.5 million a month as a result.

The establishment of a restaurant network was, however, necessary to develop a consumer-facing reservation service.

The business should sign up with about 10% of the restaurants in a particular neighborhood to establish a functional network. OpenTable’s fiercest competitors began adopting the service, and more restaurant owners soon followed.

The OpenTable site worked with more than 750 restaurants in the United States by the end of May 2000, including Boston and New York.

Additionally, the business continued to add to its balance sheet to fund its continuous expansion initiatives.

It raised a $10 million Series B in January 2000 and a $36 million Series C in October 2000. Nonetheless, OpenTable continued to consume funds at an alarming rate.

OpenTable laid off 110 of its 176 employees as a result of the Series C announcement. The company had to lay off employees to become profitable – and eventually function.

OpenTable launched the consumer-facing aspect of the business in the latter half of 1999, allowing others to reserve tables on the website (which was online at the time).

The company focused on expanding its network of eateries and food enthusiasts over the next few years.

Over two million bookings were made using the company’s platform by the middle of 2003.

Templeton left the company a year later, in June 2004, to pursue other entrepreneurial activities.

One of the primary growth drivers for OpenTable was the November 2008 debut of its iPhone application (the Android app was launched in September 2009).

Booking tables on mobile devices became highly profitable when people could book them while on the move.

Smartphones were the ideal platform for on-demand services, whether it was hailing a cab via Uber or booking a place to stay via Airbnb.

As a result of the company’s continued expansion, it applied for public listing in January 2009.

The IPO not only raised much-needed capital but also established OpenTable’s respectability – and so accelerated the development of new relationships with technology businesses of all types.

Booking tables on Yelp is, for example, already available in June 2010. These offers were powered by OpenTable in the backend.

The announcement was all the more startling given that OpenTable had only introduced its review system two years prior (and thus directly competed with Yelp).

Furthermore, the capital infusion provided by the IPO enabled OpenTable to purchase other various companies. Toptable, the company’s largest competitor, was acquired by the company for $55 million in September 2010. Toptable was primarily focused on the European market.

The company’s continued growth was not appreciated by all. Detractors said that the company’s fees drained every last bit of profits from restaurants.

Some restaurant owners opted not to pay themselves a salary so they could make ends meet.

The business benefited, however, from its dominant position in the market. Additionally, it continues to provide the greatest possible support to its restaurant partners.

One of OpenTable’s free mobile websites offered to restaurant partners was released in 2012.

It also entered the payments market, which went hand in hand with many consumer tech companies.

Payments enabled OpenTable customers to book tables and pay for meals directly within the app.

Rumors began to circulate about a possible acquisition. There were rumors that Yahoo was interested in acquiring the company to expand its offerings.

While Yahoo did not acquire the company, another titan in the tourism industry did.

Priceline (now known as Booking Holdings) acquired 100% of OpenTable for $2.6 billion in cash in June 2014. The Nasdaq stock exchange subsequently delisted the company.

OpenTable benefited from the acquisition due to the ecosystem’s breadth. For example, it launched loyalty programs in which members are rewarded with hotel booking credits.

Customers of other Booking-owned sources, such as KAYAK, will likely receive discounts, as well.

Nonetheless, OpenTable did not develop in the manner in which Booking had intended. The corporation, in particular, failed to grow its technology and booking platforms into other markets.

Numerous executive reorganizations prevented the company from reaching its limit. For example, Steve Hafner, CEO of KAYAK, led OpenTable as CEO while also serving in the same capacity at KAYAK.

Additionally, the corporation was entangled in a scandal. In March 2018, Eater Chicago found that an OpenTable employee had scheduled nearly 1,300 customers at 45 restaurants that partnered with competitor services without the company’s authorization or knowledge.

OpenTable changed its client agreement in March 2019 to prohibit restaurants from sharing their data with third-party platforms.

They will be assessed a penalty cost if they do. The following year, OpenTable entered the food delivery market, working with Caviar, Grubhub, and Uber Eats.

The company remained the undisputed market leader in the United States, but it was about to face its greatest test.

The coronavirus outbreak and related lockdown procedures led to the nearly complete cancellation of bookings.

The company laid off hundreds of employees as a result. The management team (headed by Booking veteran Debby Soo since August 2020) has also decided to waive its monthly fees to assist eateries.

OpenTable currently has about 2,000 employees worldwide in cities like Boston, Los Angeles, London, and Mumbai.

OpenTable earns money by charging restaurant operators for the use of its platform. Bookings are complimentary with Core and Pro plans, but a one-time fee of $1 per network is covered. Read More
Peloton is a hardware technology company that designs and manufactures fitness equipment, specifically the Peloton Bike and Tread.… 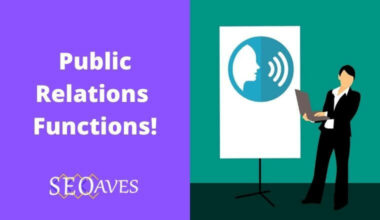 Read More
Public Relations departments are responsible for monitoring and evaluating public sentiment and promoting mutual respect and understanding. Its…