Upwork is the largest online marketplace for freelancers in terms of employer spending. The company earns money by connecting freelancers with jobs via its platform and charging employers for payment processing and other associated services.

The Upwork freelance platform was developed by Srini Anumolu and Beerud Sheth in an apartment in Jersey City in 1998, historically known as Elance, Odesk, and Elance-Odesk.

Its market capitalization had grown to a multibillion-dollar enterprise when it went public on the Nasdaq in 2018. Upwork earns money from service and transaction fees, as well as client memberships.

Upwork business model is based on completing tasks and developing the business without employing people on-site.

Businesses can inform Upwork about their project. They are promptly matched with the appropriate freelancers through Upwork. Businesses can explore candidate profiles, ratings, and proposals before conducting in-person interviews with the best candidates.

Professionals and corporations can use their Upwork profile to communicate, share files, and collaborate from their desktop or mobile device.

Upwork is there with a timesheet tool that keeps track of the freelancer’s time and captures screenshots as they work.

Upwork is used for invoicing and payment. They pay for only permitted work through Upwork Protection.

Upwork is an online job marketplace that connects freelancers with businesses looking for on-demand workers.

Upwork’s business model is based on charging a fee for successful job postings on its marketplace.

Freelancers typically pay between 5% and 20% based on how much they transact. Business customers can subscribe for $49.99 or $849 per month for the organization (plus charges).

How Does Upwork Work?

Upwork (previously Elance-oDesk) is an online marketplace for freelancers to offer various services to individuals and businesses worldwide.

Customers can request assistance in practically any field of work, including the following:

… and plenty others. Freelancers create profiles detailing their career histories, talents, education, certifications, descriptions of themselves, and rates per hour.

Upwork also provides extra data such as the freelancer’s hours of work on the platform and their ratings.

A company can advertise jobs on the clients’ side, specifying what kind of skills and talent it is looking for.

You can apply directly to Upwork or submit your application to be handpicked by its algorithms. The job poster will then receive a list of freelancers potentially eligible for the job.

An offer of employment will be submitted to the candidates selected for the position. A business can also schedule a meeting with prospective employees to ask specific questions and determine who will be the most suitable candidate.

Upwork provides workspaces for corporations and freelancers after a project has been initiated. Upwork’s mobile app allows both parties to send and receive files, exchange real-time feedback, and manage projects.

Upwork handles all payment processing, just like any other online marketplace. The payment facilitation service also includes functions such as invoicing and reporting.

Upwork provides multiple benefits to its users. It maintains a thriving economy in which employers and freelancers know there is a plethora of work available.

The organization screens freelancers and employers for quality control by conducting background checks.

Its marketplace for hiring freelance workers attracted over 100,000 firms to spend $1.7 billion in 2018.

Upwork earned $223.8 million in fees from that marketplace activity or 12.7 percent of the platform’s overall spend.

Upwork has a sizable and growing platform with a rapidly growing income base based on its publicly available data. However, these statistics may obscure some of the company’s problems.

Upwork enables users to offer employment online and connect with individuals and businesses in need of such services.

Upwork charges freelancers a service fee of 20%, 10%, or 5%, depending on the total amount of the bill.

Consider both of these in greater depth.

The marketplace’s operator, Upwork, charges a fee of 5% for each transaction. The amount billed to a client determines how much contractors are set, including 20%, 10%, and 5%.

Joining the site and posting a job are free of charge (maintaining a healthy supply of clients and employment). A platform’s ability to connect buyers and sellers efficiently helps maintain a high marketplace liquidity level.

The Upwork payment processing fee is 2.75 percent, which is part of the fee for processing payments.

According to their latest earnings report, marketplace fees account for more than 90% of its revenues. These revenue figures are comparable to those of some of the company’s competitors, including Fiverr and Freelancer.com.

According to Upwork, these strategies enable firms to employ better candidates more quickly.

Apart from the free Basic plan, which includes verified freelancer work histories and built-in collaboration tools, clients can upgrade to the Upwork Plus or Upwork Business paid subscriptions.

Among the premium features are the following:

… and a host of other features. In addition to the subscription price, Upwork charges a 3% payment processing fee and a 10% service fee for Business plan users.

As a result, membership plans account for 10% of the company’s revenue. The company claims to have over 124,000 paying customers on its platform but does not divulge the split between the two programs.

How Good is Upwork?

The Upwork business model, without a doubt, has great potential. A marketplace business like Upwork does not make tangible goods.

The platform makes money instead of the relationships that are facilitated through it. You only need to look at eBay’s long-term success to see how an online marketplace can be profitable and generate consistent cash flow.

Upwork is not the only important platform, and if it does not maintain its effectiveness and innovation, it could lose market share to its competitors.

Upwork’s income model seems to be working, as retention figures are optimistic.

It has benefited from the gig economy wave as well, which has helped grow its revenue.

If Upwork can maintain its market leadership as an online freelance marketplace, the firm will continue to grow in strength as it grows.

What is the Funding and Valuation of Upwork?

Crunchbase indicates that Upwork received venture capital funding totaling $168 million over 12 rounds. The majority of the funds were injected before the 2013 merger.

What is the Revenue of Upwork?

Upwork earned a total of $300.6 million in revenue in the fiscal year 2019 while incurring losses of $16.7 million. The losses are a result of Upwork’s continuing expansion and technology spending.

oDesk had over a million enterprises and five million freelancers registered on its platform at the merger. They contributed, moreover, $1 billion in transaction volume to the 2013 calendar year.

On the other hand, Elance registered over 800,000 enterprises and three million freelancers. Additionally, the corporation operated in over 170 countries.

The merger’s objective was to establish an indefinite market leader and so erode freelance.com’s market share. Initially, the two enterprises operated independently under their respective trademarks.

A few weeks after the two firms merged, they revealed what had long been suspected: the merger would operate as Upwork.

Upwork also launched a new mobile app, a faster website, new search engines, and a live chat service from the beginning to maximize its impact.

Stephane Kasriel, the new CEO, announced the change (and remained so until December 2019, when he was replaced by Hayden Brown).

Under the leadership of their new CEO, the freshly created company continued to develop. This resulted in the firm’s initial public offering (IPO) in October 2018.

Today, the company serves millions of businesses and freelancers through its platform headquartered in Chicago, San Francisco, and Santa Clara.

Many freelancers have built businesses worth millions of dollars on the site, demonstrating the potential impact of marketplaces when scaled correctly.

Upwork is a freelance marketplace around 2000 and has also been known as Odesk and Elance. A few months later, Srini Anumolu and Beerud Sheth started the company in a Jersey City apartment.

The majority of Upwork’s revenues come from fees for service and transactions. Services are billed on a per-project basis, while the corporation charges a set transaction cost for payment processing.

Upwork Plus is a subscription service for enterprises that require continuous access to talent, but it does not exempt them from the service described above or transaction fees. 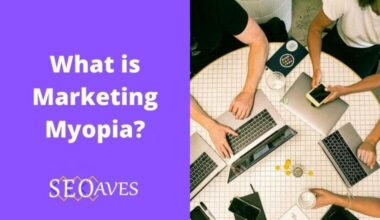