Many video streaming services are available, but they require payment once their free trials end. So when you need to save money and watch movies or TV that you can’t get through your antenna, Tubi TV has your back.

You can watch a great number of free movies and TV shows on this website, some of which are surprising.

Tubi TV is a free, ad-supported streaming service. People worldwide have noticed the website, especially after Fox purchased it for $440 million.

More than 20,000 TV and movie episodes are available for free on Tubi TV. In addition, there are films from studios such as Paramount, MGM, and Lionsgate, as well as networks such as A&E, Lifetime, and Starz in their catalog.

There are 25 million active viewers monthly on Tubi who watch its content for over 160 million hours each month, says the company.

Streaming services like Tubi are available for free in a growing market. Pluto TV was purchased by ViacomCBS last year, and Comcast will acquire Xumo in February 2020.

So in this article, let us understand How Does Tubi TV Make Money?

What is Tubi TV?

Tubi TV provides on-demand video content as part of its free streaming service. Thousands of movies and TV shows are available to users.

The Tubi TV service is a subscription-based over-the-top (OTT) streaming network where users can watch movies and TV shows on-demand as they wish.

Tubi TV earns money by displaying advertisements within the video content or when flipping between them.

The company emerged as one of the top over-the-top streaming platforms after establishing itself in 2014. Fox Corporation spent $440 million to acquire Tubi TV in March 2020.

How Does Tubi TV Work?

The users can access the content for no charge (and need not subscribe to the service monthly). The revenue of Tubi TV is derived from advertising.

Tubi TV has over 20,000 movies and TV series in its library, making it one of the largest content libraries.

A wide variety of content is available, including action, drama, horror, romance, and many more.

You can access Tubi TV either online or through the platform’s mobile apps (available for Android and iOS devices). You can also monitor it through streaming devices, including Amazon FireTV, Google Chromecast, or Roku.

You need to be located in the United States, Australia, Mexico, Canada, or New Zealand to view the content.

Tubi TV earns money from advertisements and commercials that display while watching content or switching between the videos.

An average of four or six minutes of advertising is included in every 60 minutes of video content.

This causes the ad load to be significantly lower than it is with regular (linear) television. There is usually at least 10 minutes of advertising per hour on linear TV.

Tubi TV makes money whenever users watch an advertisement or commercial (also called impressions). Funds are then transferred to the content provider, such as Lionsgate or MGM.

Tubi TV and the company that it leased the program from determining the actual income split. For example, YouTube creators earn 55% of all revenue, while YouTube (or Google, for that matter) keeps the other 45%.

The advertising partners of Tubi TV (in contrast to traditional linear television) can monitor their ROI more easily thanks to Tubi TV ads. A user is more likely to encounter this when creating a Tubi TV account.

Consequently, Fox announced that it would entice advertisers to join its platform by offering extremely lucrative advertising packages (combined with Fox’s TV offerings).

Tubi TV also spent a great deal creating a new advanced frequency management tool for advertisers as part of its advertising technology. Advertisers can use the feature to prevent repeating the same ads.

What platforms does Tubi TV support?

Tubi TV allows users to cast content to TVs via Chromecast and devices that have built-in Chromecast functionality. You can access it on both a game console and Apple TV. You can also get the service for Samsung, Sony, and Vizio smart TVs.

Computer users can access videos on TubeTV.com by installing the software on their computers and watching them online. Finally, Comcast and Cox cable TV providers’ Xfinity and Contour boxes come with Tubi pre-installed.

Is Tubi TV worth it?

If you choose to use the service, it is quite worthwhile to do so since it is free to use. Tubi TV  offers some great content, and you can watch it without paying for a subscription as long as you can tolerate old-fashioned television adverts.

To be completely honest, Tubi TV does not provide much original and exclusive content. The most popular streaming services, including Netflix, Hulu, Disney Plus, Amazon Prime, and HBO Max, will continue to feature the most recent and widely discussed streaming series and movies.

What Other Features Does Tubi TV Offer?

You can access some additional features if you register with Tubi TV Activate. You can create a queue of videos to be watched and recommend content to stream.

Tubi TV Activate registration offers the ability to continue watching an interrupted video from where you left off, irrespective of the device.

TUBI’s movie selection is quite fluid. Several films are added each month, but also a few are removed each month. However, the site offers a good selection of both recent and older films. Currently, there are other movies available only through Tubi.

One of the most intriguing aspects of Tubi is that it provides free access to all four seasons of The Masked Singer. Fox’s most popular show right now is a competition series where celebrities disguised in elaborate costumes perform for a panel of judges.

Tubis TV programming is a bit more consistent. There are several classic TV shows and series on the site and some more contemporary titles. You can find specific collections of movies and TV shows organized into several categories, such as Nostalgia TV and Cult Classics.

Checkout, How Does GoodRx Make Money?

A Brief History of Tubi TV

Massoudi worked at Yahoo and SocialMedia.com (which was acquired by LivingSocial) before founding Tubi TV.

AdRise, his first startup, was founded in 2010. Advertisers and publishers can exchange ad space in real-time with AdRise, a platform for mobile devices and televisions.

The platform partnered with some of the largest content distributors in the world, including Roku and Yahoo TV.

The two co-founders of adRise decided to pivot the company somewhere along the way, even though they had already contributed to its founding.

Tubi’s staff was already familiar with how video advertising works, which was a big plus. The company had also assembled 15 people to allocate the necessary resources to build out the product quickly.

adRise made Tubi TV available to the public for the first time in April 2014. It released its platform with 125 partners and more than 20,000 licensed TV episodes and movies to make it as interesting as possible for users right away.

Many devices are already available with their platform, including Chromecast, Roku, Amazon Fire TV, Xbox, and Apple TV.

Lionsgate and Metro-Goldwyn-Mayer (MGM) invested $6 million in the company in November 2015, and that became a breakthrough for the business.

Both partners promised a large variety of high-quality content as part of the contract. Films such as Rain Man, American Psycho, and Fargo were included in this series.

With Tubi TV, you can get tailored content tailored to your specific interests using machine learning algorithms.

As a result of the installation, Tubi’s viewership jumped by more than 20%, while the service also distinguished itself from other competitors.

Tubi TV has grown its partnership network and viewing base despite increased competition in the AVOD business (Amazon and Walmart launched competing services in 2018).

The launch of Tubi TV on Comcast’s X1 platform in November 2018 gave the service access to an additional 20 million people.

With enough content on its platform by 2019, the company could now expand. The time had come to go global. Canada was Tubi TV’s first international market in January 2019. Australia followed six months later.

Therefore, Tubi TV being an attractive acquisition target is not surprising. It was announced in January 2019 that Viacom had acquired Pluto TV for $340 million. Comcast paid an unknown amount for Xumo TV a year later.

The subscription video industry on demand (SVOD) was once ruled by cable companies Comcast and Viacom, who both struggled to install streaming systems.

One of the primary battlegrounds in the AVOD business remains subscription fatigue and reducing spending.

Fox Corporation decided to enter the market in March 2020, when it announced Tubi TV. Fox sold its 5% ownership in Roku to fund the $440 million deal.

Fox Corporation continues to operate Tubi TV as an autonomous subsidiary, with Massoudi as CEO. Tubi TV subscribers watched 160 million hours of content per month when it was acquired.

Two primary factors helped the company grow significantly as a result of the acquisition. First,  people had to quarantine at home because of the new Coronavirus, the cause of lockdown orders. That allowed them more time to learn.

Tubi’s content library nearly doubled as a result of these growth initiatives. Concurrently, viewership climbed by 100% year on year.

The platform has expanded thanks to Tubi Kids, a kid-friendly part of it, and Tubi en Espaol, a Spanish version.

Recently, there has been talk that Tubi will likely create its original content, making the platform more robust. The details are yet to be confirmed.

Who is the Owner of Tubi TV?

Fox Corporation owns Tubi TV. In March 2020, Fox announced the $440 million acquisition. It was completed in May 2020, two months later.

Fox Corporation did not provide information during the announcement regarding whether or not the transaction was in cash or stock compensation.

Checkout, How Does Zillow Make Money?

What is the Funding and Valuation of Tubi TV?

Tubi TV has raised a total of $26 million in venture capital funding over four rounds, as per Crunchbase reports.

The Fox Corporation purchased Tubi for $440 million when the company’s valuation was last made public.

What is the Revenue of Tubi TV?

Fox CFO Steve Tomsic stated in March 2021 that he anticipates Tubi TV revenue to exceed $300 million in 2021. Tubi’s revenue is expected to surpass its parent firm Fox Corporation in two to three years.

Read, How Does Barstool Make Money?

Read More
Southwest Airlines (LUV) has established a reputation as a profitable airline firm over the last two decades, operating… Read More
Glassdoor is an international website where employees can anonymously rate and discuss their employers – or former employers.… 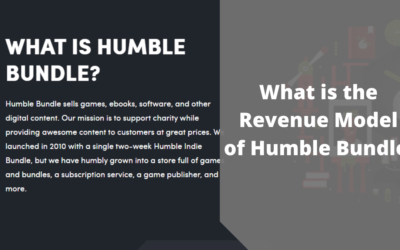