Fetch Rewards is a mobile shopping network that rewards users when they purchase their favorite brands.

The Fetch Rewards app gives consumers the easiest method to save on common purchases by just scanning their receipt.

Fetch Rewards business model is based on affiliate commissions, also known as referral fees, paid by its partners.

This platform allows brand partners to gain a 360-degree view of purchase behavior and reward individual customers based on their loyalties.

What is Fetch Rewards?

Fetch Rewards is a retail website that rewards customers for scanning their receipts.

Fetch Rewards earns money through affiliate earnings paid to which brands pay with Fetch Rewards such as Dove or Pepsi and interchange fees.

Fetch Rewards is a shopping software available for Android and iOS smartphones that enables people to earn rewards by scanning their receipts.

Fetch Rewards was founded in 2013 and has developed to become a market leader in the rewards field. At the moment, the company is valued at more than $1 billion.

How Does Fetch Rewards Work?

Fetch Rewards is a very simple platform to use. The user begins by downloading one of the company’s apps available for Android and iOS smartphones.

Users simply snap a photo of their supermarket receipt after creating an account. The platform’s image recognition engine then finds any purchased product that is qualified for points automatically.

Each time a receipt is scanned, consumers get points based on the quantity and type of products on the receipt. Occasionally, products are included in a special offer program that allows consumers to earn more points.

After that, users can redeem their points for gift cards redeemable at participating retailers such as Amazon or Target. Generally, 1,000 points equal one dollar.

Fetch Rewards is a shopping app that compensates you for scanning your receipts. While scanning receipts to earn rewards or points is not a novel concept, Fetch Rewards simplifies the procedure significantly more than some alternatives.

For example, all you need to do is snap a fast photo of a physical receipt or use the app’s eReceipt button to earn points.

It makes no difference what you purchase or spend – Fetch Rewards rewards you on all receipts from any store.

The Fetch Rewards app has exclusive deals that can help you earn more points. You can always earn additional credits when you buy select participating companies’ products, but limited-time sales on specific products can sometimes be more beneficial.

These benefits are in addition to those earned by scanning a receipt. Additionally, you do not need to add these offers to work – they are immediately implemented.

How Does Fetch Rewards Make Money?

Fetch Rewards makes money from affiliate commissions paid by the businesses with which it collaborates, such as Dove or Pepsi, as well as interchange fees.

Fetch Rewards earns most of its revenue through affiliate commissions, also known as referral fees, paid by its partners.

These businesses reimburse Fetch each time a shopper purchases one of their products. Fetch Rewards is then compensated with a tiny portion of that money.

The exact percentage split is contingent upon the terms of the contract between Fetch and its brand partner. Similar services are offered by Ibotta and ReceiptPal.

There are a variety of reasons for brands to compensate Fetch Rewards for those transactions. To begin, they are solely advertised on the platform.

Second, data from traditional marketing platforms such as television or billboards are frequently opaque, resulting in a lack of transparency when evaluating the efficiency and return on investment. Purchases on Fetch Rewards are always associated with a certain brand.

Brands can then have an aggregated view of a shopper’s behavior (Fetch Rewards will never divulge any personally identifiable information) and see which of their items performs the best.

Thirdly, brands can advertise particular products by boosting the number of points obtained.

After all, frequent purchases in a particular product category result in enhanced consumer loyalty and brand exposure.

Huggies, one of Fetch’s brand partners, has even discontinued its separate app favoring Fetch Rewards. Essentially, the organization has created a two-sided marketplace in which both the brand and the consumer benefit.

Fetch released its debit card in late 2020, allowing users to earn points when they pay using the card.

The Mastercard-branded card, dubbed Fetch Pay, operates similarly to any other debit card. Customers can use the card at any location that accepts Mastercard.

Fetch Rewards has collaborated with One, a company that handles compliance and customer service.

When you use your credit card to make a purchase, an interchange charge is levied. The merchant is responsible for exchange fees, which are often less than 1%. In this situation, Mastercard would be the one to charge the fee.

Fetch Rewards would then receive a percentage of the cost as compensation for promoting the card to its users. The precise percentage share is not released publicly.

What is the Funding and Valuation of Fetch Rewards?

Crunchbase records that over eight rounds of venture capital funding, Fetch Rewards has raised a total of USD 341.8 million.

What is the Revenue of Fetch Rewards?

When the company held its last Series C round of fundraising, Fetch Rewards CEO Wes Schroll projected annual revenue of $100 million by November 2020.

Tyler Kennedy and Daniel Litvak (CEO, founder, and co-founder of Fetch Rewards) co-founded the company in 2013 in Madison, Wisconsin.

Schroll’s inspiration for Fetch Rewards came from an issue he encountered during his time at the University of Wisconsin.

He had recently moved out of his freshman dorm and into an apartment near the university campus when he was 19 years old.

How Does Twitch Make Money?

He found that despite his lack of devotion to any single grocery store, he always ended up purchasing the same things regardless of where he shopped.

“I visited a variety of businesses, but I was not a committed customer,” he explained in an interview with Crain’s Chicago Business. “I was consistently purchasing the same products. I thought. How can you transition from retailer loyalty to brand loyalty?”

Schroll, who was pursuing a degree in Entrepreneurial Studies, dropped out of college in 2013 after developing a company plan and obtaining funding from various business and university contests.

The firm’s website and mobile app, which were first available only on iOS devices, launched in 2013.

Initially, the Fetch Rewards scanning mechanism was somewhat different from the one consumers are familiar with now.

For the first few years, Fetch Rewards members were required to scan each item’s barcode.

They would then be directed to a specific Fetch checkout station, where a cashier would scan all previously picked items.

As a result, the team’s primary objective was to close partnerships with grocery chains (on top of finding brands to collaborate with). Fetch Rewards reached 30,000 app downloads within two years of its introduction.

Grocery retailers would advertise Fetch Rewards on their store signs to entice customers to download the app.

Additionally, the team established a referral program where store staff was compensated for persuading shoppers to download the app.

The initial traction enabled the team to raise their first round of venture capital. It raised two rounds of financing in 2015, investing $4.5 million in round one and $4 million in round two.

A year later, the company made one of its most significant achievements when it formed a seven-year agreement with Kraft Heinz.

Additionally, as part of the deal, Kraft pledged to provide financial resources to help Fetch expand its operations.

Fetch Rewards was accessible in seven states and Puerto Rico as of 2017.

Over 60,000 shoppers had downloaded the app, which had been used to scan over 10 million goods throughout the company’s existence.

While these were optimistic numbers, growing Fetch proved increasingly difficult as retailers sought to compensate for the loss of dedicated checkout space. Additionally, scanning each item became a bother, impeding adoption.

Simultaneously, developments in cloud computing and machine learning-enabled the rise of new businesses capable of simultaneously processing millions of data points at nearly no cost. As a result, the team chose to pivot the business in 2017.

Fortunately, several of its major partners, including Kraft Heinz, MillerCoors, and Unilever, were prepared to collaborate with the Fetch Rewards team to revamp the concept.

More than 6 million receipts were scanned during the deployment phase, resulting in a $1.4 million savings for shoppers.

February 2018 marked the launch of the Fetch Rewards app across the country. The pivot hit a home run.

Within a year of its launch, the redesigned app was downloaded more than 3 million times.

During 2018, Fetch rewards generated $9 million in revenue and saw a four-year growth rate of 4323 percent, along with making Inc. 5000’s list of the nation’s fastest-growing companies.

Fetch Rewards’ balance sheet continued to grow in terms of both users and funding. The majority of the company’s growth comes from referrals or people suggesting the app to one another.

Additionally, the team began focusing on partnering with additional businesses such as restaurants and petrol stations.

How Does Wikipedia Make Money?

2020, in particular, was a tremendously successful year for the organization. The novel coronavirus’s financial constraints resulted in an inflation of user growth as customers sought further ways to save money.

The Fetch Rewards app has been downloaded over 16 million times as of today. Each month, the app is used by around 5.5 million shoppers. 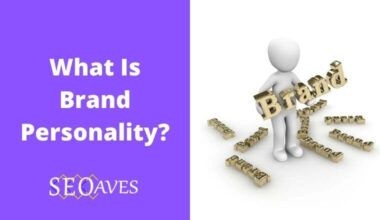 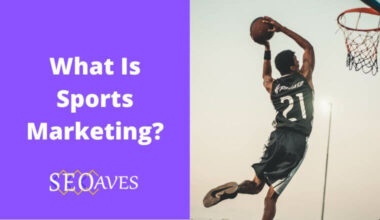