An individual who wishes to send £1000 to a US bank account (for the money to arrive in US dollars) would be required to send US dollars totaling $1000 to British bank accounts.

It is more of a multisided business strategy than a matchmaking business model (which aims at connecting the parties to exchange between themselves) since exchanges are aggregated and anonymized without allowing consumers to connect.

Wise Business Model is based on charging customers with service fees when they transfer money using Wise.

Wise is an online money transfer service that helps clients to send money in 50 different currencies at reasonable rates. The Wise exchange service is estimated to be 13x cheaper than banks and traditional currency exchange services.

Wise was founded in 2011 by two Estonians living in London. Wise earns money by charging its customers a service fee on each cross-currency money transfer.

Wise additional revenue streams include a personal as well as a company account. Wise also provides currency exchange APIs to other banks.

The smart currency exchange marketplace has more than 6 million users worldwide. A pioneer in low-fee services, the company already saves clients up to 90% compared with banks on currency and remittance transactions.

The bank recently launched a Borderless banking service, putting them in ‘Challenger Banks.’

Wise is one of the most valuable FinTech companies in Europe and around the world. Wise has raised over $772 million to date, and its platform now runs over £4 billion in transactions each month.

The vision of a company expresses its expectations for the future. Wise’s original goal was to provide affordable, transparent, and easy international money transfers. As mentioned earlier, the founders all developed the idea during their own experiences.

The vision of Wise incorporates other terms that further define the organization. The company specializes in international money transfers.

Wise service allows users to send and receive payments domestically, but the emphasis remains on international transfers. Another area of the company’s expertise is offering an original product.

An organization’s goal also identifies three key characteristics or accomplishments. The transfer process should be simple, fair, and affordable.

The company has come close to achieving that during its years in business. Users’ payments were matched with other users on the opposite side, thus avoiding bank transfers and decreasing transfer fees. The user experience has improved as a result of the simplified payment process.

How Does Wise Work?

Services costs, unfavorable exchange rates, and additional charges related to using a credit card or debit card are some of the items to consider.

The customer’s payment could increase if the exchange rate diverges in the worst-case scenario.

Those fees then enable banks and exchange operators to build storefronts and collect money to run their businesses.

As a result, Wise set out to address these issues. They charge consumers fairly and honestly. Moreover, the bank transfer’s exchange rate is locked for two days, minimizing the possibility of unfavorable rate movements.

Wise transfers money from a customer’s account using their funds. To transfer money from Australia to Canada, the user must first transfer the funds to Wise’s Australian bank account.

If you’re still confused, let the friendly folks at Wise explain their service to you:

A business model outlines how a company makes money. Wise derives the majority of its revenue via transaction-based charges.

The company does not rely on these goods for its principal revenue sources.

How Does Wise Make Money?

Although Wise was initially a simple money transfer business, it has since expanded tremendously. Customers can transfer money between company accounts and access API interfaces with other banks through its products.

Wise monetizes all of these services in different ways. Here’s a closer look at each one.

Wise generates most of its revenue from the fees it charges for money transfers. Therefore, the amount to be sent and the currencies involved are under the control of the customer.

Then, the individual will immediately receive an overview of the amount to be paid.

Money can be sent in over 50 currencies by the end of January 2021. Wise also locks in the currency rate for up to 96 hours to avoid surprises.

There is also an API for automating payment processes and the ability to manage balances and invoices.

There is no charge for the account. The fee for each cross-currency transaction is charged to businesses on a per transaction basis. MasterCard will almost certainly share commission fees.

A Wise Borderless Account is a bank account. You can opt-in to receive a complimentary  MasterCard debit card.

The account and card are free, but clients must pay currency conversion fees. These occur when users swap currencies when using a debit card or an account.

Users are once again protected from unpleasant surprises by upfront disclosure of fees.

Wise offers an API for other banks to integrate with its system (and provide customers with low-cost currency conversions and money transfers).

The Wise API is completely free to use. The overseas transfer fee is the same as that for other revenue streams.

Here, Wise does not take part in the transaction, but rather the partner does. Several organizations use the API interface, including the German challenger bank N26 and Monzo, Bunq, and Novo.

Wise has not confirmed whether the API will remain free in the future.

What is the Funding and Valuation of Wise?

Crunchbase shows that TransferWise has raised $1.3 billion in venture capital funding over 13 rounds. A recent round of funding that raised £160 million valued the company at $3.5 billion post-money. Their most recent round of investment occurred on May 20, 2021, via a Debt Financing transaction.

Vitruvian Partners, BlackRock, JP Morgan, and Andreessen Horowitz, are among the company’s investors.

What is the Revenue of Wise?

How do I receive money from Wise?

A beneficiary of the funds is required to have a bank account. Send your bank account information to the sender, and wait for the funds to arrive in your account. Money transfers usually take two days, although they can take as little as a couple of hours in some cases.

When will Wise go Public?

On June 17, 2021, British financial technology company Wise announced its intention to go public on the London Stock Exchange via a direct listing.

Wise, formerly known as TransferWise, stated that it is seeking a direct listing rather than an IPO because it does not require additional funding. Businesses can go public through direct listings without the assistance of underwriters or the issuance of new shares.

Wise was founded in 2011 by two Estonian ex-pats living and working in the United Kingdom, Kristof Käärmann and Taavet Hinrikus. Currently, both co-lead their respective companies as CEOs.

Kaärmann worked as a management consultant for Deloitte at the time while paying off his  Estonian mortgage.

He found that each time he transferred (from British Pounds to Euros), the bank charged him up to 5% in transfer fees. When the cost of a mortgage rose, the fees became thousands of dollars.

The same problem was encountered by another Estonian. His first job at Skype led him to move to London in 2006.

The same high commission issues arose each time he transferred money from his Estonian bank account to his British bank account.

Wise was born after the two founders realized they could pay their bills using each other’s accounts.

The couple saved hundreds of pounds by using this strategy and decided to continue exploring the concept.

Their first generation of the product cost 2000 euros. Wise was launched in January 2011.

The service was immediately embraced by customers. Wise processed nearly $13 million in transactions during its first year of operation (back then, transfers could only be made between the British Pound and the Euro).

Since then, the company has continued to grow steadily. Wise users today move more than £4 billion in 50 different currencies each month.

Furthermore, they offer their users the ability to receive their money even faster by allowing over 20% of their payments to be quick.

Taavet Hinrikus and Kristo Käärmann founded Wise (formerly named TransferWise) in 2011. They were tired of exorbitant fees for sending money home to their family in Europe as ex-pats in London.

Crunchbase reports that Wise has raised over $1.1 billion in venture capital funding in 11 rounds. The company raised $319 million in its most recent fundraising round in July 2020 and is now valued at $5 billion. Among the company’s investors are Techstars, BlackRock, and JP Morgan.

Is Wise safe and legit?

Globally, prudent usage of bank-grade security is regulated. Users log into, and their passwords are protected by HTTPS encryption (2FA) on their site.

To safeguard your money, they must deposit it into segregated accounts at reputable financial institutions, such as JP Morgan Chase, Barclays, or Deutsche Bank.

Their security team also checks for fraud and safeguards your money and data through the use of 3DS payments.

How Does Shpock Make Money?

Read More
ETrade is a well-known zero-commission financial institution in the United States. However, with no trading commissions, how does… Read More
You will find it harder to succeed in your business if you have a high level of competition.… 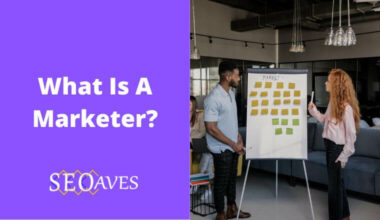 Read More
If you like to work with people and learn new technologies, then a career in marketing might be…