Next Insurance is an insurance technology firm created by Guy Goldstein, Alon Huri, and Nissim Tapiro, formerly coworkers. They made a website in 2016 with $13 million in funding, capitalizing on the popularity of so-called insurtech enterprises.

Next Insurance began by specializing in insurance for photographers and personal trainers. Next Insurance business models are based on charging monthly premiums to consumers.

What is Next Insurance?

Next Insurance specializes in offering small business owners technology-enabled insurance. A variety of coverages are provided by the company, such as commercial and liability insurance.

Next Insurance makes money by selling premium plans to its customers for which an individual pays a monthly subscription. Pricing starts at just $10 a month for each policy.

The company was created in 2016 in Palo Alto, California, and has grown into one of the country’s most successful insurance technology companies. The market capitalization of the company exceeds $2 billion with funding of more than $631 million.

How Does Next Insurance Work?

Next Insurance is an InsurTech company that provides various insurance products to (small) business owners. There are eight policies in the company’s product line, including:

…. and many more. A business owner can purchase as few or as many insurance plans as they desire. A few professions and industries covered in this book include contractors, consultants, and sports coaches.

You may be able to get a 10% discount on your monthly rates if you bundle your plans. Owners can get immediate quotes from Next Insurance because it is a technology-enabled company. A custom policy is explicitly designed for that company.

All customers have to complete the company’s questionnaire, which asks for information about their work, place of residence, and the type and quantity of policies they wish to purchase.

Next Insurance doesn’t have any physical locations, so all customer service is done online. It operates a call center that is available to handle consumer inquiries seven days a week.

Customers may file claims online through the company’s website in case of a problem. Next Insurance originated as part of the development of a mobile application, unlike other InsurTechs like Root.

How Does Next Insurance Make Money?

Next Insurance business model is identical to traditional insurance companies despite being a technology-enabled provider.

Therefore, the firm makes money any time its premiums exceed the number of claims required to pay out to its members (along with additional operating costs such as salaries and office rent).

Next Insurance does not have physical branches (consisting of automated quoting), which has enabled it to eliminate most of the costs associated with traditional insurance businesses.

It enables the company to pass on savings to its clients, saving up to 30% on their insurance costs.

Next is also able to reinvest its recurring revenue into other assets because of the recurrent income. Many different insurance companies reinvest their earnings in bonds, equities, real estate, and other assets.

Next Insurance has not yet been reported as doing the same. However, the organization appears to be entering a new phase with a growing membership (and hence deployable money).

It is Next Insurance’s responsibility to collect monthly premiums from consumers. Revenue from premiums exceeds income from claims when there is a profit.

You pay a monthly subscription fee for each premium you choose to purchase. A majority of occupations can choose from Basic, Pro, and Pro Plus.

Here are some of the most popular insurance policies by profession:

What is the Funding and Valuation of Next Insurance?

Crunchbase reports that Next Insurance has raised $881 million in venture capital funding through six rounds.

The company recently received its Series E investment round in April 2021. Next Insurance was valued at $4 billion during the Series E round of funding in April 2021.

What is the Revenue of Next Insurance?

A recent TechCrunch report indicates Next Insurance had a $200 million annual revenue run rate in 2020. Compared to last year ($100 million), this is an increase of 100 percent.

Success Story of Next Insurance

Next Insurance was created in 2016 by Guy Goldstein (CEO), Alon Huri (CTO), and Nissim Tapiro in Palo Alto, California.

Both founders have spent their entire careers working together.

HP acquired Mercury in 2006 for $4.5 billion. They were then rebranded as HP products and distributed under the HP banner.

After working at HP for two more years, Goldstein, Huri, and Tapiro decided to start their own company.

The company became Check Inc., a payment application where users can track and settle their payments.

Intuit bought Check in 2014 for $360 million in cash and other considerations (and just acquired Credit Karma as well).

The app was used by more than 10 million users and generated $20 million in annual revenue. In addition, the team stayed on after the acquisition for an additional two years to guarantee a smooth transition.

They embarked on a new business venture following the end of their Intuit contract. Next Insurance emerged from that endeavor.

Next was founded at a time when a slew of other InsurTech startups was launching. Several notable examples include Root Insurance (which intends to go public in 2020), Lemonade Insurance, and Hippo Insurance.

They were all able to rapidly expand their market share in their respective industries due to incumbents’ incapacity to adapt to a digital age.

A lack of transparency, lengthy claims processes, and hidden costs were frequent complaints from policyholders.

Small business owners had to sift through a plethora of comparison websites at the time to find a suitable deal. Unfortunately, even after rigorous study and purchasing, some insurance lacked critical coverage.

The insurance industry was highly complex, so even the most prominent companies had less than 10% market share. Companies have many obstacles to disrupting a sector: slow incumbents, lack of transparency, complexity, and high prices.

They raised seed capital in March 2016 thanks to their previous achievements, giving them a $13 million head start. The website was unveiled a few months later, in December 2016.

Its first customers converted 95 percent without speaking with a live agent, demonstrating that tech-enabled insurance is a viable business model early on.

One of Next’s strategic investors, Munich Re, initially underwrote the company’s policies.

Next obtained a license to operate as an insurance carrier in May 2018, allowing them to write policies independently, giving them greater control over the underwriting process, price setting, and policy changes.

Next was able to become an insurance carrier within two years of business due to its capacity to raise capital quickly.

Next has successfully raised capital in each year since its inception in 2016.

The money also enabled Next to go national within a few years. Next expects that by the end of 2019, it will have sales of $100 million by adding new markets and policies to its portfolio (now covering over 1,300 company types).

Next’s ability to listen to its users was another impressive quality. In addition, it introduced Live Certificate, the industry’s first real-time certificate of insurance verification, in 2018.

One year after the feature was implemented, 52,000 small businesses generated over 280,000 digital certificates.

The second aspect of its business model was that it did not disrupt agents but embraced them.

The launch of Next for Agents in 2019 facilitated insurance quotes and sales by independent agents.

The software product was already being used by over 3,000 agents within weeks of its beta debut.

Its first acquisitions were also made in 2020 and 2021. In addition, the company acquired Juniper Labs for an undisclosed sum and invested $500 million in AP Intego, a digital insurance agency.

Additionally, it announced a significant agreement with Amazon, which has begun advertising its insurance products to Amazon Business users.

Today, Next Insurance serves over 100,000 customers in all 50 states. The company employs around 500 people in Palo Alto, Austin, and Kfar Saba (Israel).

The Next Insurance platform was founded by Guy Goldstein, Alon Huri, and Nissim Tapiro in the United States. The platform utilizes artificial intelligence and data science to deliver rapid and accurate claims resolution.

Next Insurance, like many traditional insurance companies, charges a monthly premium for insurance coverage. There are three tiers of insurance premiums based on the type of general liability coverage wanted. 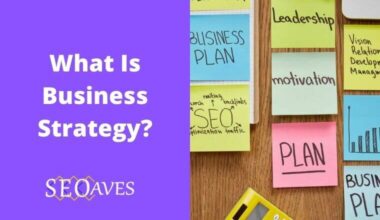 Read More
Over the past few months, food delivery firms have exploded in popularity. Their popularity increased even more with…

Read More
Your business cannot hire employees for all operations, regardless of size, if you expect to hire in-house staff.…