BuzzFeed is a digital media company based in New York City founded in 2006 by Jonah Peretti, Kenneth Lerer, and John S. Johnson III.

BuzzFeed is well known for its emphasis on viral content, which most people term as Clickbait.

BuzzFeed generates its revenue from advertisements placed on its website and various other social media. Also, it makes a decent amount of money from affiliate marketing and by selling digital and physical products via its website.

Display Ads, Native ads, Video ads, affiliate marketing, and subscriptions to the BuzzFeed News service are the methods to generate revenue by BuzzFeed.

BuzzFeed is a media company based in the United States that focuses on creating highly shareable and viral content to catch readers’ attention.

The BuzzFeed business model is multilayered, where it generates its income from various sources. The company generates revenue through display advertisements, affiliate marketing, native and podcast advertising, and the distribution of its own digital and physical products.

Politics, cooking, fashion, and business are just some of the topics covered by the company.

BuzzFeed publishes content in a variety of formats, including audio, video, and text.

The company was founded in 2006 by two American media executives, has been a huge success from its early days.

The BuzzFeed website receives over 160 million monthly visitors who consume content created by over 1,100 employees in 14 locations around the globe.

How Does BuzzFeed Work?

BuzzFeed is a global media company that publishes content on various subjects such as animals, politics, sports, fashion, and business.

The content produced by BuzzFeed is distributed in different formats. BuzzFeed makes use of the full spectrum of contemporary media, including the following:

Along with BuzzFeed’s website, its social media channels also have huge followings.

A large part of its appeal stems from its emphasis on creating viral content and enabling others to share it with their friends and family.

BuzzFeed quizzes are one of the most prominent examples of this tactic.

Apart from the United States, viewers can access Australia, Brazil, and Canada for relevant topics.

How Does BuzzFeed Make Money?

BuzzFeed’s monetization strategies are not readily apparent to the naked eye in many cases.

It is due to the company’s heavy reliance on natively advertised content integrated into the platform.

Let’s take a closer look at each of these revenue streams in detail below.

The reason you’re probably running ad blocking software on your computer is to avoid being targeted by display advertising.

Display advertisements are banners that BuzzFeed places throughout its website in most cases.

Advertisements may appear in sidebars, at the top, at the bottom, or throughout the content.

Deals are frequently made on an ongoing basis in the media. Thus, BuzzFeed can implement one or a combination of the revenue mentioned above models.

Native advertisement is a type of ad that works in perfect harmony with existing content.

Native advertisements are indistinguishable from the website’s regular content.

Native advertisements appear when users scroll through the feed on social media platforms such as Facebook or Instagram. These products are labeled as advertisements, but most users do not refer to them as ads as they are indistinguishable.

In BuzzFeed, native ads are pieces of content in which the author discusses a product or brand in detail and highlights its positive attributes.

BuzzFeed collaborates with brands like Volkswagen, American Express, and KFC to promote their products and brands.

Brands pay BuzzFeed a flat fee for each piece of content they publish on their website or social media in exchange for the promotion.

Native advertising accounted for nearly 70% of the company’s revenue In 2017.

Over the last three years, BuzzFeed has diversified its revenue streams by incorporating display advertisements and affiliate links into its products.

Today, native advertising accounts for less than 20% of the company’s revenue.

Advertisers earn commissions by marketing products on behalf of other people or businesses with affiliate marketing.

Advertisers get paid when a user purchases a product that they recommended.

The majority of affiliate products promoted by BuzzFeed can be found in the company’s Shopping section.

Amazon, Shopify, Walmart, and Hilton Hotels are just a few of the affiliate partners of BuzzFeed.

The promoted products must meet certain quality standards, including a rating of four stars or higher on a five-star scale, multiple verified product reviews, and a competitive price, as BuzzFeed’s audience is predominantly in their teens and early twenties.

With over 20 million YouTube subscribers and 12 million Facebook fans (excluding other BuzzFeed brands such as Tasty or BuzzFeed News, BuzzFeed has amassed a sizable following across various (social) media platforms.

As a result, the company produces video content to engage its massive following furthermore.

Advertisements are used to monetize videos, and they appear at the beginning or middle of the video. It is referred to as a pre-roll or a mid-roll.

While each of these platforms has its own set of advertising rates, the basic premise is that the more people who watch videos, the more money BuzzFeed will earn.

Additionally, BuzzFeed creates content for Netflix, the video streaming giant. In 2018, the company announced a partnership with Netflix to produce a new documentary series titled “Follow This.”

As with any other partner, Netflix will pay a fee for the production of the show. Additionally, and depending on the terms of the contracts, royalty payments may have been included in the deal.

You can support BuzzFeed News, the company’s section focusing on daily news updates, by paying $5 per month or $100 for an annual membership.

They cover important topics like politics, business, sports, celebrities, and many more worldwide to keep you updated.

As a paid Subscriber, you get exclusive access to member-only emails about the company’s biggest stories, and also the opportunity to provide exclusive product feedback.

BuzzFeed sells its own products in addition to promoting the products of other companies.

It includes both digital and physical products.

The majority of its sales are generated by its TASTY brand, which sells cookbooks, food products such as cake mixes, various seasonings, kitchen appliances, and cooking sets for children.

BuzzFeed also collaborates with another industry company to manufacture and distribute physical products.

Walmart, Wilton, and McCormick are among the well-known partners.

The products are part of a larger strategic collaboration between BuzzFeed and its partners, in which they will collaborate on the creative development of a wide range of consumer products.

Although the specifics of these transactions have not been made public, it is safe to assume that BuzzFeed receives a cut of each successful sale.

The Walmart deal alone is said to be worth more than $20 million.

Podcasts are a relatively new revenue stream for the company. Ads that are placed on the podcast are used to monetize it.

Companies typically pay a flat fee per ad in podcasting. The higher the amount paid, the greater the number of people who listen to that podcast.

BuzzFeed is a digital media company based in New York City founded in 2006 by Jonah Peretti, Kenneth Lerer, and John S. Johnson III.

BuzzFeed’s initial focus was on viral content. BuzzFeed Laboratories was a side hustle to Peretti’s primary role at the Huffington Post.

During this time, BuzzFeed was nothing more than an algorithm that scoured the internet for viral articles. There were no writers or editors on the payroll.

BuzzBot, an instant messaging client, sent users links to popular content based on the information discovered by the algorithm.

After Peretti redesigned the site with a more modern look, the most popular links were highlighted.

BuzzFeed expanded its scope to include long-form journalism and reportage in 2011, and it has since won several awards for journalistic merit.

Furthermore, the firm was able to capitalize on major technological shifts early on.

BuzzFeed, for example, was one of the first media companies to publish content on Facebook and Snapchat, giving them more time to innovate and build a loyal audience.

In addition, over 160 million people visit the BuzzFeed website each month.

BuzzFeed grew thanks to a combination of data science and viral content quickly. According to recent statistics, it receives approximately 122 million monthly visitors.

Nonetheless, the company’s rapid expansion has not been without hiccups. In 2019, the company was forced to lay off 15% of its global workforce to meet growing pressure from existing shareholders to become profitable.

How Much Funding did BuzzFeed Raise?

BuzzFeed has raised a total of $496.3 million in venture capital funding over eight rounds, According to a Crunchbase report.

What is the Revenue and Valuation of BuzzFeed?

BuzzFeed reported $320 million in annual revenue for 2019, higher about 7 percent from 2018. Nonetheless, Peretti claims that the company is still losing money but expects to profit in 2020.

At the time of publishing this article, BuzzFeed is currently worth $1.7 Billion.

BuzzFeed is an American digital media company that was founded in 2006. Using data science and the virality of certain content, the company grew quickly and expanded to include long-form journalism.

BuzzFeed makes money through native, video, and display advertising. It has also collaborated with video producers to create films based on its articles.

BuzzFeed serves as an affiliate for eCommerce behemoths such as Amazon and Walmart. It also provides BuzzFeed News to paying subscribers for a small monthly fee.

If you enjoyed reading this article, also read How Does Instacart Make Money? 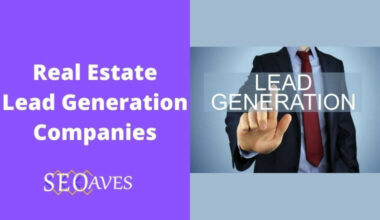 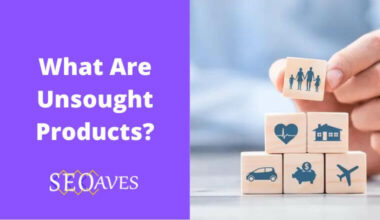