Our lifestyles have been transformed by technology. The impact on how we learn, work, and the shop are predictable, but the impact on our dating attitude is shocking.

It was a breakthrough to develop dating apps in an age where people spend a lot of time online. A dating website called Match.com debuted in 1995, becoming the world’s first online dating service.

Tinder launched in 2012, transforming the industry. People are increasingly searching for (and finding) their ideal partners via mobile apps.

Several companies have since then developed dating websites and applications, but only a few have been successful. Bumble is an example of a successful business model.

Bumble Business Model is based on a “freemium model,” which means members can sign up and use it for free. A large part of its revenue comes from in-app purchases and subscription offerings like Bumble Boost, which begins at US$12.99 a week, and Bumble Premium, which starts at US$17.99.

There are a few ways Bumble earns money. Spotlight is Bumble’s answer to Tinder’s Boost feature. You can swipe with no regard to daily limits or extend matches up to 48 hours when using the Bumble Boost feature.

Bumble is a dating and social networking application and website. It helps users meet people who live in their neighborhood for possible dates, friendly hangouts, or professional meetups. You can access the application in three different ways:

It is Bumble Date, the primary part of Bumble: a dating platform. Users can match potential romantic partners on this site to dates, and women make the first move.

The Bumble BFF platform allows users to find and connect with other users nearby and become friends. This mode aims to meet new people and make friends with people who are new to the area or find it difficult to make friends. The rules of Bumble BFF don’t specify who should initiate the conversation.

Our culture has become accustomed to online dating. Stanford University research from 2017 shows 39% of heterosexual couples and 66% of same-sex couples met online.

Tinder is the most popular dating app, and many people have encountered a match through it. However, other dating apps are gaining traction and potentially threatening their dominance.

Tinder’s founding employee is disputing this classification, as luck would have it. Meet Whitney Wolfe Herd, the founder of Bumble.

What is Bumble Vision?

Bumble’s mission is to cultivate a global community and platform that will empower love, life, and work connections.

The Bumble team tries to achieve this by promoting “accountability, equality, and kindness to end misogyny and refactor archaic gender roles.” Women always initiate the first date on Bumble!

They envision a world free of misogyny, featuring equal rights for women.

Bumble uses a freemium business model. Freemium is a model in which basic services are provided free, but only certain benefits are provided for a fee.

YouTube, Spotify, and Google are just a few of the popular freemium programs.

Bumble is a free dating app for individuals over 18 who are interested in meeting new people. This is how the company reaches more consumers. Furthermore, the app’s presence encourages new users to join via its network effect.

You do not have to pay to create a profile or connect with others on Bumble. There are, however, fees for additional features like Beeline, Backtrack, and SuperSwipe.

How Does Bumble Work?

Bumble looks similar to other mobile dating applications at first glance. When users swipe others, a match may be made, and a chat option is given if there is an affinity. Bumble is different from other dating apps in that women initiate contact.

The lady has 24 hours to find a match if there is one between heterosexual individuals. The match will expire if she does not.

Recent campaigns such as #MeToo and #TimesUp have highlighted the importance of eliminating sexual misconduct and gender discrimination.

Bumble’s women-first culture aims to encourage its predominantly female members to change traditional dating stigmas. This is best demonstrated by the mission statement of the company:

Bumble is a platform and community dedicated to boosting women in relationships, life, and career. We advocate for accountability, equality, and kindness to eradicate misogyny and rewrite outdated gender norms.

As we’ve discussed, Bumble aims to relate to other aspects of human life in addition to love.

They included elements to help you make friends (Bumble BFF) and advance your career (Bumble Bizz).

Friendship is at the core of Bumble BFF, as its name implies. People of the same sex or different sexes can make friends on this site.

Users swipe to match and begin talking after the match is made, similar to the basic dating app.

Bumble Bizz is a matching platform that helps others expand their professional networks. The platform is used by freelancers in particular to find new assignments. You can learn from them or get referred to a new job if you want.

Who Are Bumble’s Customers?

Bumble is designed for young adults aged 18 to 34 looking for meaningful personal and professional connections.

Despite this, Bumble continues to be the app of choice for women due to its background as a female-centric dating app. The possibility of networking and building relationships in a secure environment appeals to them.

A growing number of female users fuels the app’s popularity among men, thanks to the network effect.

Although Bumble started as a dating app, its focus has evolved. In recent years, Bumble BFF and Bumble Bizz have been released. Despite this, the site continues to prioritize women.

How Does Bumble Make Money?

The core features of Bumble are completely free for everyone to use. Users can swipe and talk for free. Bumble generates revenue through premium add-on services called Spotlight and Boost.

The spotlight functions similarly to Tinder’s Boost feature. Bumble coins allow users to move to the top of the queue of matches, increasing their visibility. Spotlight is available for 30 minutes after purchase.

Boost is another premium feature. Users can use this feature to:

Boost is not a one-time purchase like Spotlight coins. You can purchase the feature for a week, a month, three months, or a lifetime.

Bumble’s premium add-ons are compatible with all three features: BFF, Bizz, and Date.

What Makes Bumble Stand Out?

Bumble’s major feature, apart from other dating apps, is that women must first initiate contact.

Users are notified of potentially lewd photos and given the option to view them or not.

Bumble’s collaboration with Vital Voices also entails the firm donating to a nonprofit that targets women. The app allows users to select the cause to which they would like to donate.

Bumble is unique in that it is not only a dating platform, but it is also a social and networking platform.

The app integrates dating, friendship, and career development into a single app, making it a first of its kind.

How Much is Bumble Worth?

Bumble’s value was $8.2 billion when it went public in January 2021. The assessment has remained relatively constant.

Match Group (parent company of Tinder, among other things) is currently worth $40 billion, comparable to the company’s largest rival.

How Does Wise Make Money?

Wolfe Herd co-founded Tinder at 22 years old, just out of university. The Greylock Founder Reid Hoffman recorded a podcast entitled Masters of Scale in which Wolfe Herd detailed the strategy behind Tinder’s rise from a local university sensation to global success.

She credits her success at Bumble to those early days as she established the company. The team exhibited an exceptional understanding of its original audience, consisting of young, independent college students.

The team would travel to college campuses and speak with students directly. Her advice for males, for example, was that it was very easy to find a girl.

Tinder was the first dating app to offer free services. In the early days, most dating apps required users to pay upfront (through monthly fees, for instance). This enabled Tinder to expand to its current size.

Tinder has, however, quickly devolved into a site filled with meaningless hookups and harassment.

Wolfe Herd was prepared to turn her back on the tech business and its misogynistic practices in the face of all the media scrutiny and condemnation.

She was contacted around the same time by a prominent tech entrepreneur named Andrey Andreev.

Andrew Andreev is known best as the creator and designer of Badoo, the second-largest dating app worldwide. They hit it off right away.

They set to work after receiving a $10 million investment from Andreev. Andreev acquired 79 percent of the company (Wolfe Herd was given 19 percent).

The app was immediately downloaded over 100,000 times in its first month. The app’s user base was initially attracted by the brand’s female empowerment messaging and user experience.

Bumble’s user base continued to grow in the years that followed. Nonetheless, Wolfe Herd would quickly find herself embroiled in a struggle that would force her to choose sides.

Badoo, which was brought under the direction of Andreev, was known for its rampant sexual misconduct and misogyny, according to a Forbes magazine report in 2019.

Wolfe Herd and Bumble’s public relations teams responded by stating that they were “mortified” by the allegations but would not name Andreev or any other Badoo employee.

Andreev eventually sold his investment in Bumble’s parent company MagicLab to Blackstone while resigning from the company.

Wolfe Herd became the new CEO of MagicLab due to the deal, heading both Bumble and Badoo. Additionally, she would retain her 19 percent ownership in Bumble.

Bumble’s company grew exponentially despite these charges. The year 2020, in particular, had been extremely fruitful for the corporation.

The increase in stay-at-home orders resulted in an influx of people flocking to dating apps to maintain some human connection.

Bumble wasn’t only able to acquire world-class talent due to the increase in usage and greater revenue.

It hired celebrity executives such as Ann Mather, the former CFO of Pixar Studios, and Pamela Thomas-Graham, the former CEO of CNBC. Today, more than 70% of Bumble’s leadership team is female.

As a result, it was unsurprising when Bumble filed to go public in January 2021. A month later, on Valentine’s Day, it was public.

Wolfe Herd became the youngest female founder to lead a firm to an initial public offering (IPO) at app’s popularity31. (and a billionaire on top of that).

Each month, nearly 40 million people use Bumble’s app. Additionally, the organization now employs over 1,000 employees on a full-time basis.

How Does Betterment Make Money?

Users can, however, purchase additional features with Bumble Coins, either as one-time payments or as part of a subscription plan.

In 2020, Bumble will also acquire Badoo, the world’s most popular online dating site that operates on a similar economic model.

Bumble capitalized on some of our time’s most important social movements by allowing women to initiate contact.

Bumble not only has the requisite financial and technological capabilities (through Badoo and Andreev), but it also understands the pain points and preferences of its core users.

The business model of Bumble is more traditional, with a free-to-use app paired with a paywall. As is widely anticipated, their path to success will most certainly include an initial public offering within the next year or two.

Bumble has grown to 75 million users in 150 countries since its inception (a little more than five years ago). The app generated $162 million in income last year and generated $300 million more this year.

The company’s profits are not disclosed due to its private status, but Wolfe Herd, its CEO, confirmed that Bumble is profitable.

How Does Patreon Make Money? 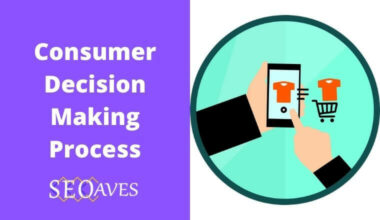 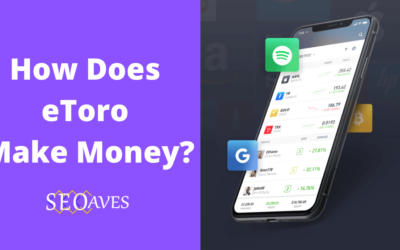 Read More
Everyone who conducts personal development research consistently asserts that companies are always preferable to jobs. Having a job…